Basic economic theory says that as a currency becomes weaker compared to its peers, the trade balance will move in a positive direction. 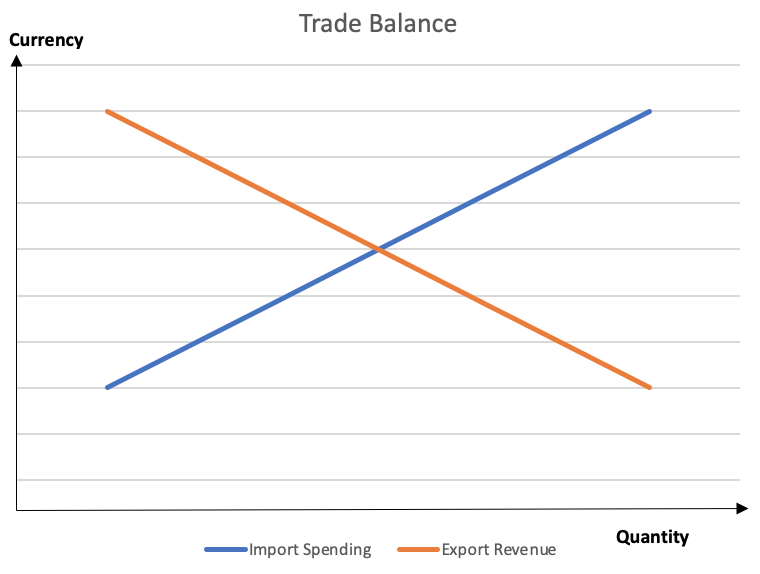 The J-curve is a theory that states that this trade balance theory is not true in the short and midterm though because there is a lag between devaluation of a currency and the response to it.

For example, existing export contracts must expire and already purchased and imported goods must be used before a response to the currency depreciation happens.

In the meantime, the negative effects are noticed immediately. Supply and demand quantity stays the same but the currency depreciation makes that same level of imports more expensive and those exports less profitable; moving the trade balance from position A to position B. 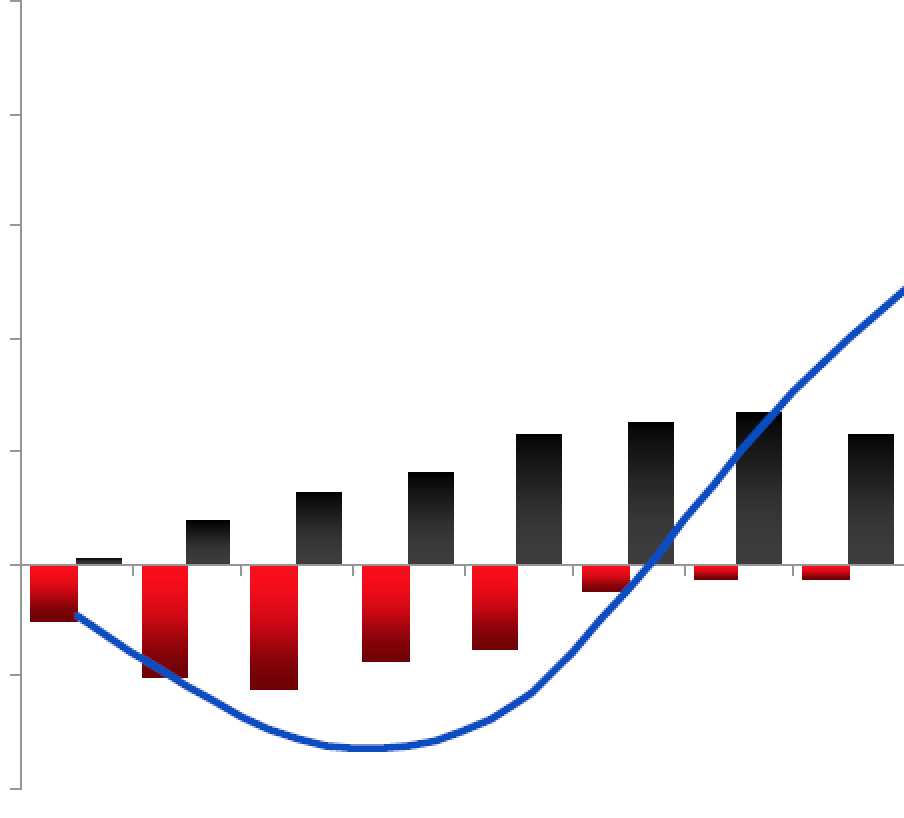 The J-Curve is also often applied to private equity funds calculation of return on investment. The rate of return is often lower in the early years of a funds existence because expenses are higher, poor investments are written off and profitable investments not yet matured.

Just like for trade-balances, the J-curve in private equity illustrates how the benefits of changes are often not felt until later in time. Similar applications have been found in political science, country economic status and medicine.

What is the J-Curve?

Economic theory says that as a currency becomes weaker, trade balance will move in a positive direction. The J-curve theory states that this takes real-world time. There is a lag between devaluation of a currency and the response to it.

Why is it called J-Curve?

The J-curve diagram is called such because it traces a J shape.

Is the J-Curve used in environments other than trade?

The J-Curve is also often applied to a private equity fund's calculation of return on investment.

Why does the rate of return go down before going up?

The rate of return is often lower in the early years of a funds existence because expenses are higher, poor investments are written off and profitable investments not yet matured.

What is the relationship between positive and negative effects for the J-Curve?