Debt Service Coverage Ratio (DSCR) is a ratio to measure a company's ability to service its short- and long-term debt. It is a measure of how many times a company's operating income can cover its debt obligations. The ratio is one of the factors used by financial institutions to make credit-related decisions for an entity, and analysts use DSCR to make investment-related decisions.

DSCR Can Be Caclulated Two Ways

The formula to calculate DSCR is EBITDA divided by total debt (including total interest to be paid and the principal loaned), where EBITDA of a company is the Earnings before Interest, Depreciation, Taxes and Amortization. 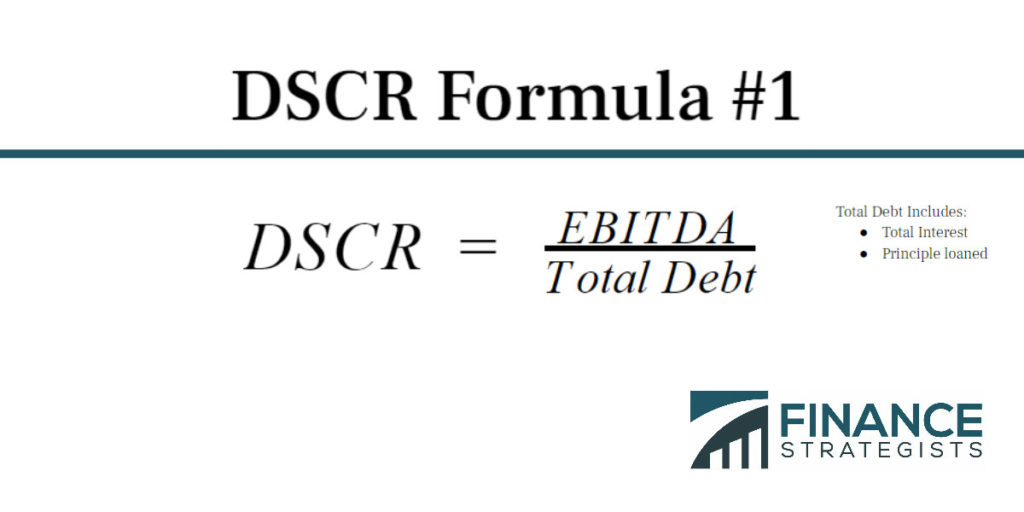 Instead of EBITDA, some investors instead use the formula: 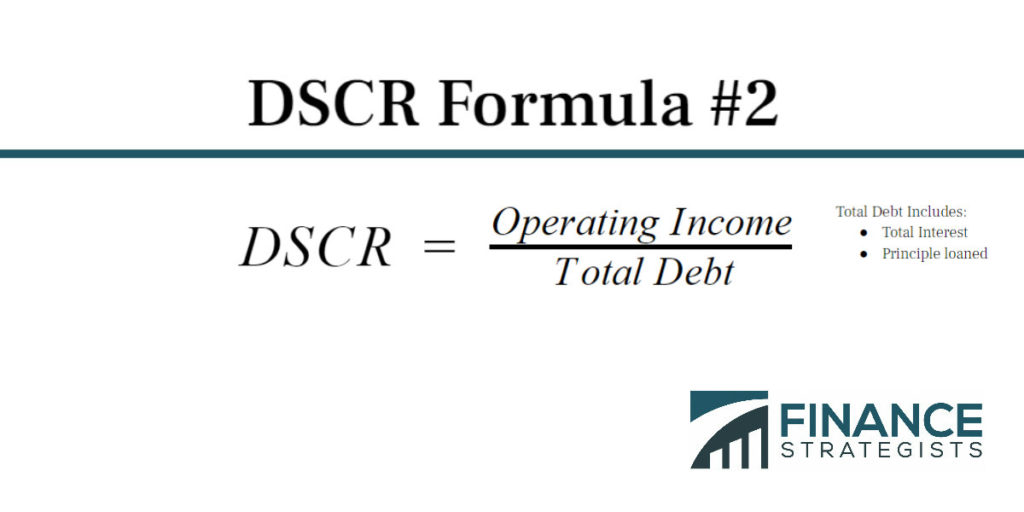 A DSCR of 1 or above means that the company has surplus operating income that can be used to service its debts. Conversely, a ratio below 1 is not a good sign because it means that the company is unable to service its current debt commitments.
For example, if a company has a DSCR of 0.5, then it is able to cover only 50% of its total debt commitments.

Financial institutions use DSCR scores to make credit lending decisions. Entities or individuals with good DSCR scores are generally eligible for loans and receive favorable terms compared to those with bad DSCR scores.

Benefits of Having a Good DSCR Score

Conditions in the broader economy, such as interest rates, can affect a lender's willingness to extend credit.

For example, lenders relaxed their minimum DSCR score requirements in the years leading up to the financial crisis of 2008. As a result, borrowers with low debt ratio scores had easier access to funds.

It is important to note that Debt Service Coverage Ratios provide less information when viewed in isolation. The debt service ratio of a company should always be measured relative to that of its peers in an industry.

Debt Service Coverage Ratio (DSCR) is a ratio to measure a company’s ability to service its short and long-term debt.

How do accountants use DSCR?

How is DSCR calculated?

The formula to calculate DSCR is EBITDA divided by total debt (including total interest to be paid and the principal loaned), where EBITDA of a company is the Earnings before Interest, Depreciation, Taxes and Amortization.

How should DSCR be interpreted?

What is the benefit of having a good DSCR score?

Entities or individuals with good DSCR scores are generally eligible for loans and receive favorable terms compared to those with bad DSCR scores.