Operating income, also called income from operations, is an accounting metric that tells how much profit a business has made from regular operations. It is recorded after deducting depreciation, amortization, and the cost of goods sold. Operating income is also known as operating profit, and is sometimes referred to as EBIT, or Earnings Before Interest and Taxes.

To calculate income from operations, just take a company's gross income and subtract the operating expenses. The remaining value is the operating income. 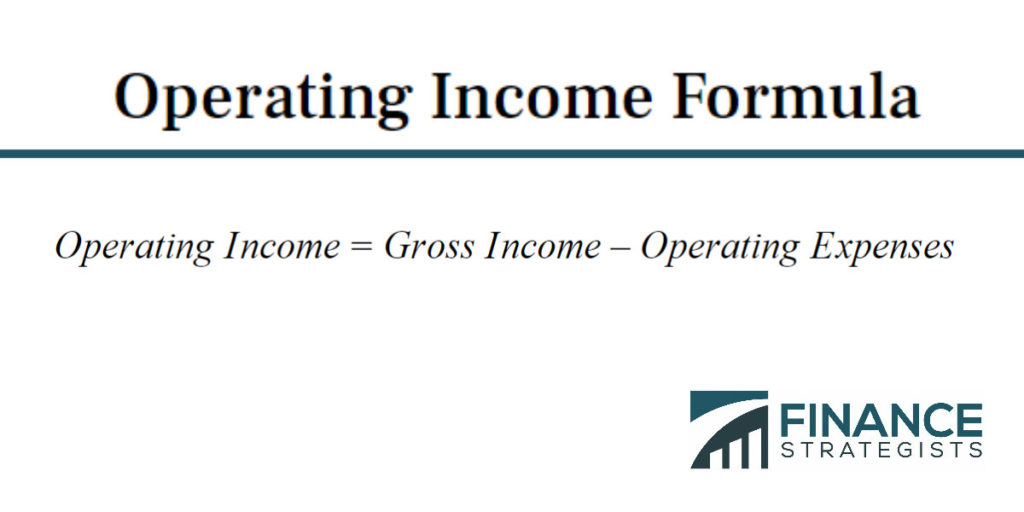 How to Find Operating Income

Gross operating income is an accounting term in real estate that refers to the value of gross profit minus credit and vacancy losses. GOI may also be referred to as Effective Gross Income, or EGI.

What Is Vacancy Loss?

Vacancy loss refers to theoretic income that is not being made while a unit sits unoccupied. Credit loss occurs when a tenant either does not deliver a rent check or the check does not clear.

What is Operating Income?

Operating income, also called income from operations, is an accounting metric that tells how much profit a business has made from regular operations.

How is Operating Income calculated?

To calculate income from operations, just take a company’s gross income and subtract the operating expenses.

Are there other names for Operating Income?

Operating income is also known as operating profit, and is sometimes referred to as EBIT, or Earnings Before Interest and Taxes.

Where is Operating Income found?

What is an example of Operating Income?