When investors receive a stock dividend, the cost per share of their original shares is reduced accordingly. For example, assume that an individual owns 1,000 shares of South Gulf Oil Company. These shares were purchased at $60 per share, for a total cost of $60,000. Subsequently, South Gulf issues a 20% stock dividend, and so the investor will receive an additional 200 shares (1,000 x .20).

Therefore the cost per share to the investor is reduced to $50 per share ($60,000 + 1,200 shares), from the original $60 per share. Thus, no income is recognized on the stock dividends when they are received. The reduced cost per share will increase the gain or decrease the loss on subsequent sales of the stock.

Why Stock Dividends Are Issued

When a stock dividend is declared and issued, the corporation debits Retained Earnings for the total fair market value of the stock dividend. Assuming that the stock is immediately issued, the Common Stock account is credited for its par value, if any.

(1n this example we assumed that the dividend was declared and issued at the same time. In reality, a period of time may elapse before the declared stock dividend is actually issued to the stockholders. Although this slightly changes the required journal entries, it does not change the effect of the dividend when either declared or issued).

After all these entries have been made, total stockholders' equity remains the same, because there has not been a distribution of cash or other assets. The only difference is in the components of stockholders' equity. Retained earnings is decreased, and contributed capital is increased.

As noted, this is often referred to as capitalizing retained earnings, because a portion of retained earnings becomes part of the firm's permanent invested capital. In effect, after the stock dividend, each individual shareholder owns the same proportionate share of the corporation as he or she did before.

To demonstrate the journal entries to record stock dividends, assume that the stockholders' equity of the Korean Export Corporation immediately before the issue of a 10% stock dividend appears as follows: 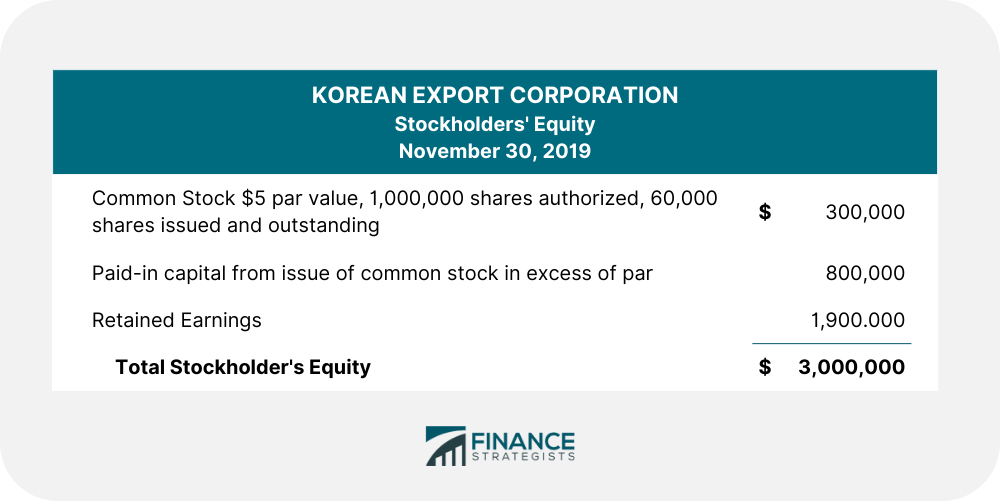 The stockholders' equity section of the Korean Export Corporation's balance sheet at November 30, immediately after the issuance of the stock dividend, appears as follows: 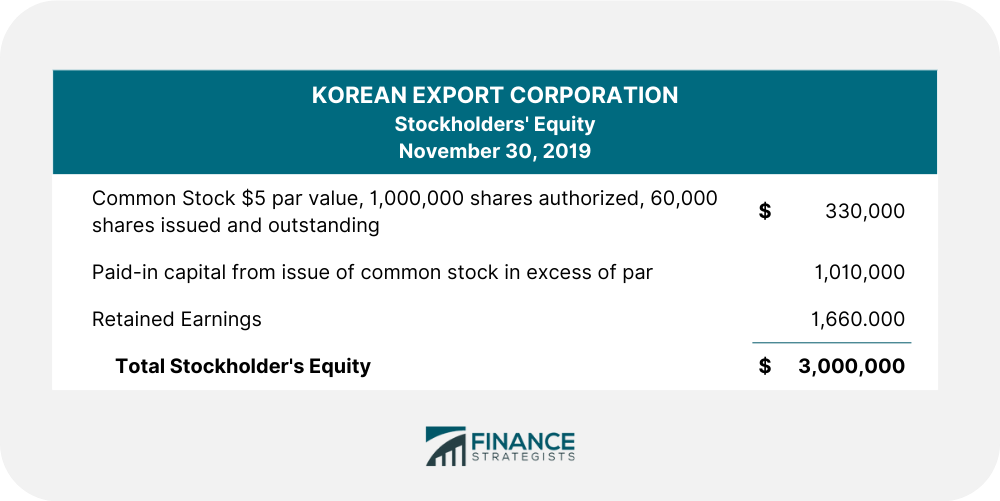