What Is the Dow Jones Industrial Average?

The Dow Jones Industrial Average or the Dow, as it is popularly known, is the world's second-oldest benchmark index that is used as a barometer of stock market performance and as a wider measure of the state of the American economy.

It consists of 30 companies, also known as "blue chip" companies. They are included in the index because of their importance to the overall economy.

How is the Dow Jones (INDEXDJX: .DJI) Calculated? 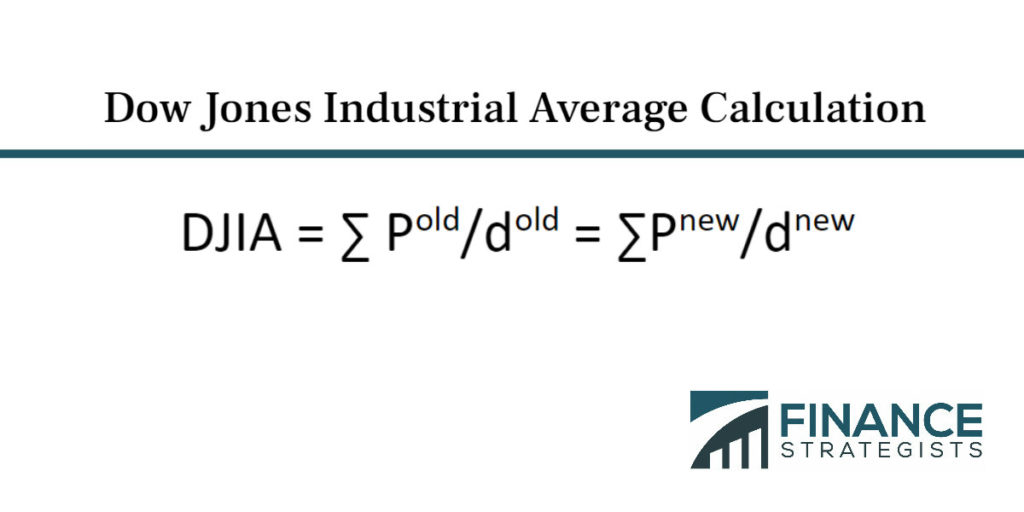 The Dow Divisor is used to normalize the effects of structural changes, such as stock splits and dividend distributions, in the market.

Its value is calculated on a rolling basis and changes with time. For example, it was generally above 10 in the early days of stock trading. But it is currently below 1.

The Dow is a price-weighted index. This means it ranks companies in the index based on their stock price. Therefore, a company with a higher stock price will have a greater effect on the overall index as compared to one with a low price.

This is a contrast to the S&P 500, which ranks companies in its index based on market capitalization.

The Dow Jones Industrial Average was started in 1896 by Charles Dow, an editor for the Wall Street Journal.

Over the years, the Dow's composition has changed to reflect the American economy's growth.

Today's index is a reflection of the economy's diversity and includes companies from different sectors, such as finance, technology, and consumer goods. Some companies listed in the Dow:

What does DJIA stand for?

What is the Dow Jones Industrial Average (DJIA)?

The Dow Jones Industrial Average is the world’s second-oldest benchmark index that is used as a barometer of stock market performance and as a wider measure of the state of the American economy.

How old is the Dow Jones Industrial Average?

The Dow Jones Industrial Average was started in 1896 by Charles Dow, an editor for the Wall Street Journal.

Why is the DJIA index important?

Today’s index is a reflection of the economy’s diversity and includes companies from different sectors, such as finance, technology, and consumer goods.

How many companies make up the DJIA?

It consists of 30 companies, also known as “blue chip” companies.