What Is a Noncurrent Asset?

Noncurrent or long-term assets are those assets a company owns that are not expected to be converted into or used as cash within one year. They typically have a life of more than one year and are not intended for resale. They are recorded in the balance sheet at their acquisition cost.

In order to line up the cost of using the asset with the length of time it generates revenue, noncurrent assets are capitalized rather than expensed in the year they are acquired.

This means that their costs are spread out, either through depreciation, amortization, or depletion, over their estimated useful lives.

Types and Examples of Noncurrent Assets 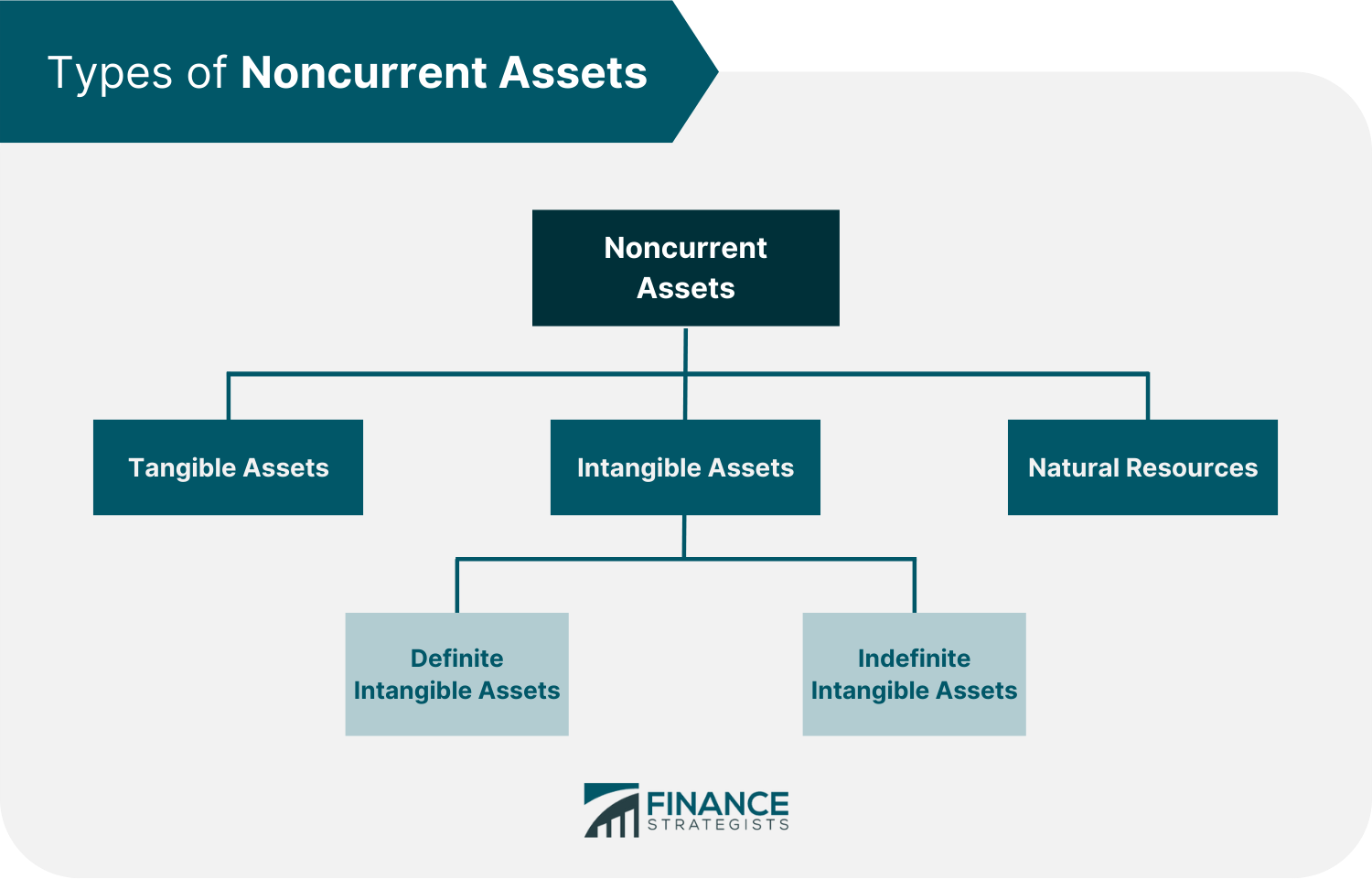 A definite intangible asset has a limited useful life and only stays with the company for the duration stipulated in agreements or contracts. For example, a business may purchase a patent with a life of 20 years, and the original creator of the said patent will remain the owner of the said patent.

Natural resources are assets that come from the earth, and they include timber, water, oil, and minerals. They are also called wasting assets because they are used up or depleted when they are consumed. These assets need to be consumed through extraction from the natural environment. For instance, a mineral deposit must be mined in order to be used. It means that these assets must be extracted out of the ground for them to be utilized. Natural resources are listed on the balance sheet at the cost of extracting them from the ground, plus exploration and development costs, and less accumulated depletion.

Below is a balance sheet from Microsoft Corporation  for the year ended June 30, 2016. 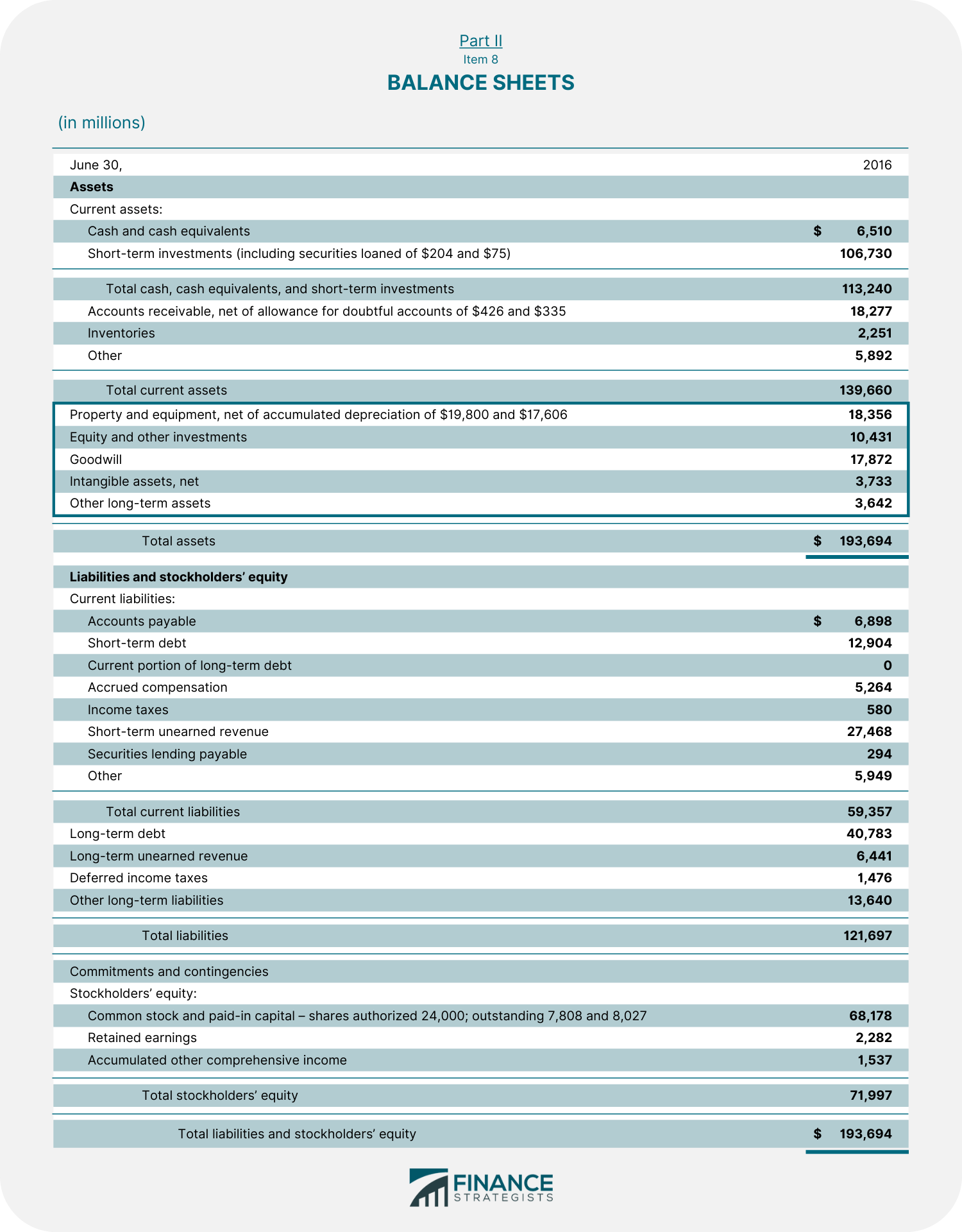 How to Determine the Value of Noncurrent Assets

Noncurrent assets are reported on the balance sheet of a company at the price that was paid for them, adjusted to any depreciation and amortization that has been charged against them. This is called the “net book value.” Noncurrent assets are also subject to revaluation whenever the current market price decreases or increases compared to the book price. Depending on the guideline used, noncurrent assets may be calculated through either the cost model approach or the revaluation model approach. IAS 16 details the treatment for PP&E. Per US GAAP, only the cost model approach may be used in the valuation of PP&E. As for intangible assets, IAS 38 allows for either cost or revaluation models. A major disparity in accounting for intangible assets between the two standards is that, under IFRS, specific development costs can be capitalized. Development costs are always expensed under US GAAP, with the exception of certain situations such as accounting for a business acquisition. Both IFRS and US GAAP provide that research costs are to be expensed.

The carrying value of an asset under the cost model is recognized at the net book value or carrying value, which is calculated as cost less accumulated depreciation and impairment losses. 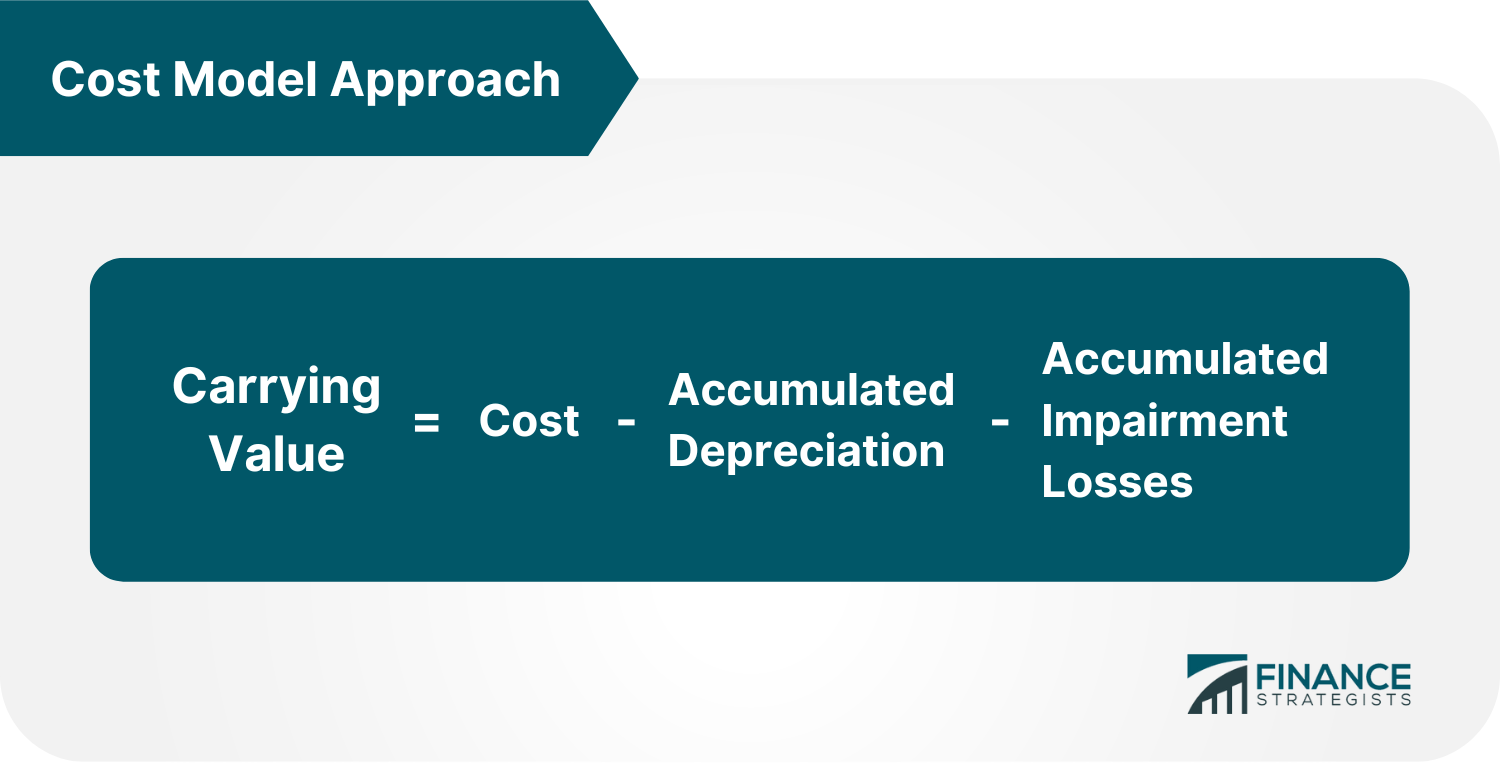 The revaluation model carries the revalued amount of asset, which is fair value at the date of revaluation, less any subsequent accumulated depreciation and impairment losses. 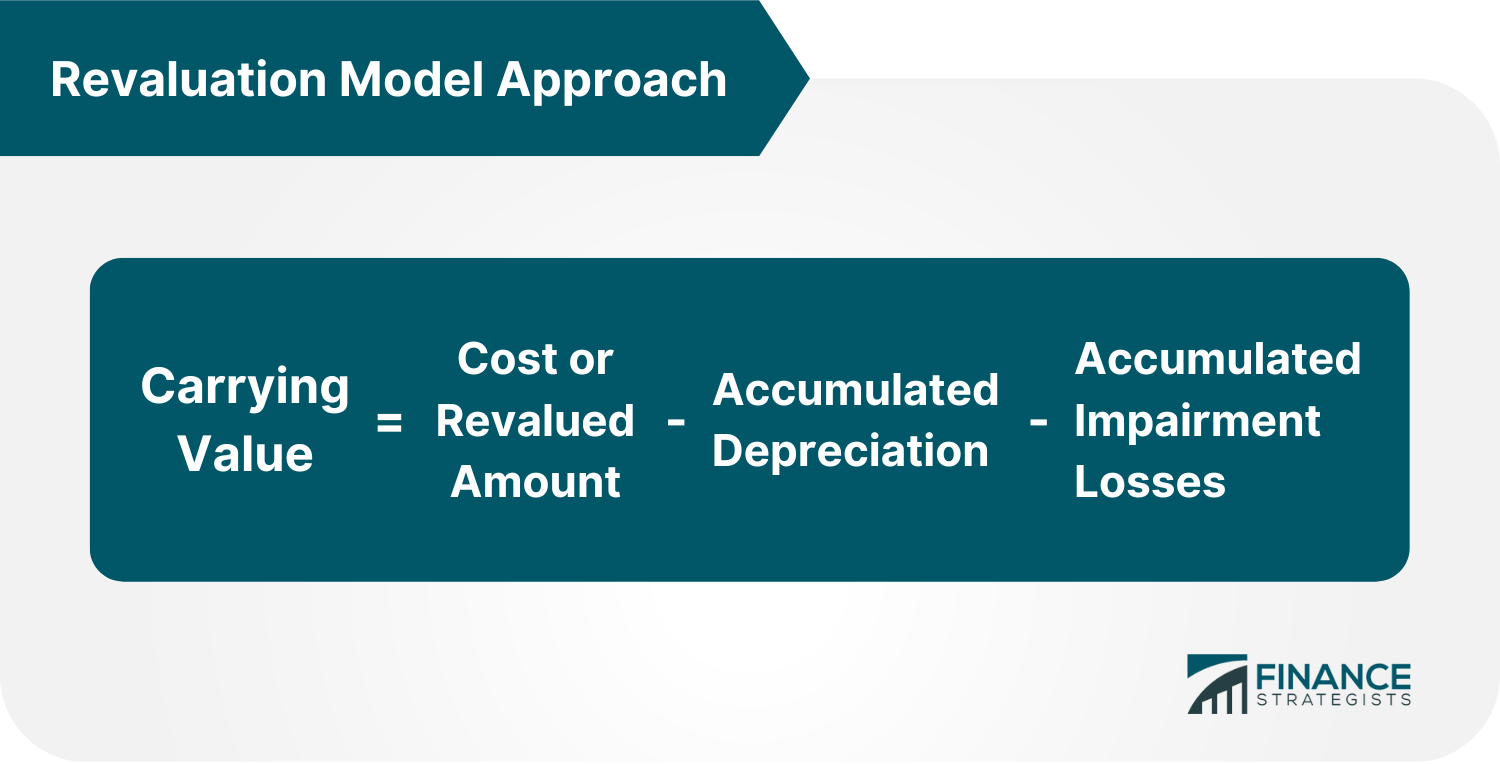 Assets here shall be revalued with sufficient regularity, like 3 or 5 years, so that the carrying value of the assets will not so much differ from the fair value. Because of this, revaluation may either result in a revaluation gain or revaluation loss. 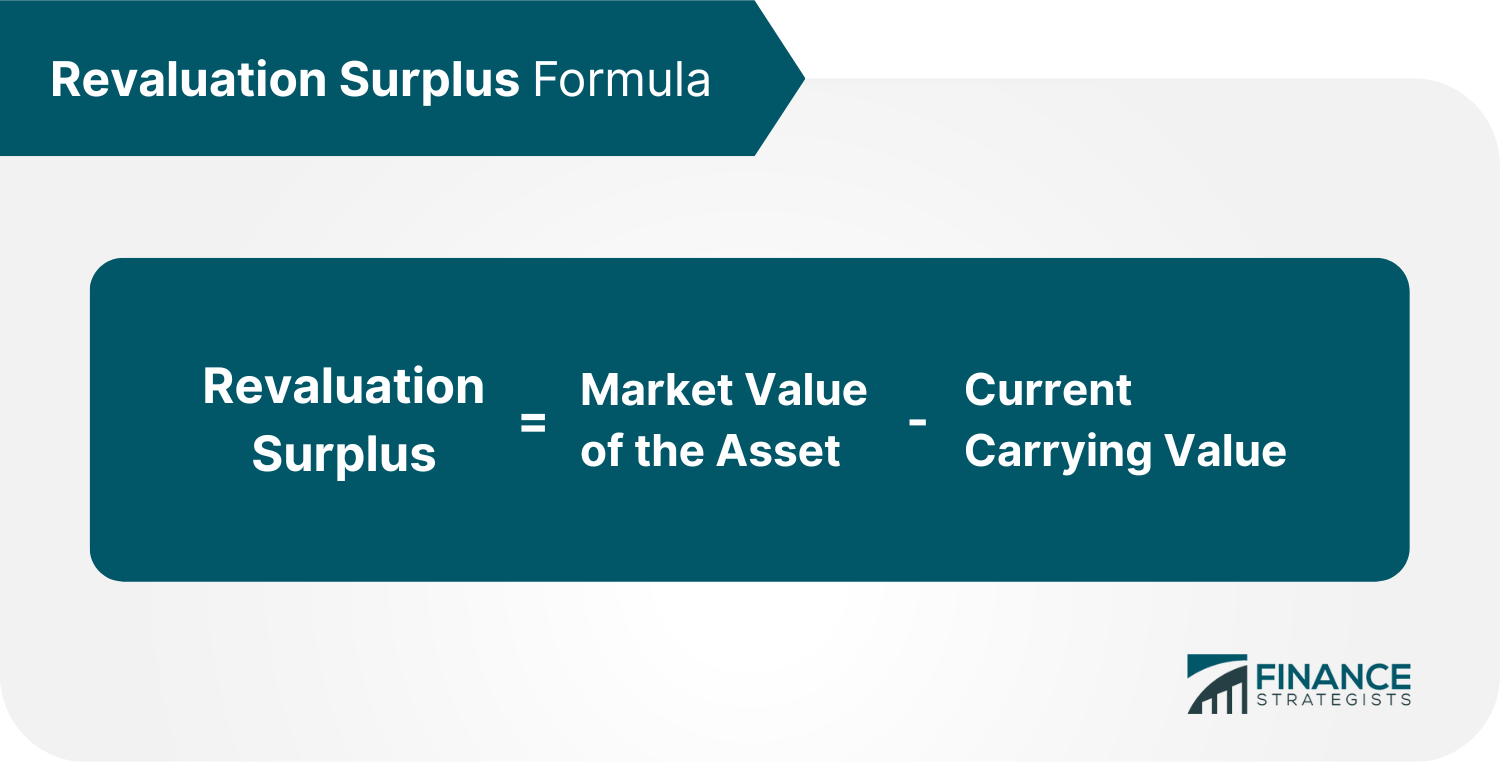 The cost model and revaluation model approach are two different methods of accounting for changes in the value of noncurrent assets. However, the decision on which method should be used should be at the discretion of the management since they are both accepted standard accounting methods. The revaluation model is better used when there is a reliable market estimate. This may be done by rigorously inspecting the market prices of similar noncurrent assets to arrive at a reliable value. A company may use the cost model if they prefer a less complicated and fairly straightforward method of determining the value of its noncurrent assets.

Determining the value of noncurrent assets of a company is important for a number of reasons.

Companies need to keep track of their noncurrent assets because they represent a significant portion of the company’s total value. For example, goodwill and intellectual property rights are considered to be some of the most valuable assets of a company. As such, it is important for companies to have a clear understanding of the value of their noncurrent assets so that they can make informed decisions about how to best use them.

Determining the value of noncurrent assets is important because it helps create more accurate financial statements. This is because the value of these assets is used in the calculation of the net worth of a company. As such, if the value of these assets is not accurately determined, it can lead to a false or misleading portrayal of the financial position of the company. Further, you can also spot ghost assets, if any, such as stolen, lost, or damaged assets, which can help improve the asset management of your company. Determining your current assets also helps prevent loss and theft and makes it easier to trace any missing items.

What are some examples of noncurrent assets?

Are noncurrent assets the same as fixed assets?

Noncurrent assets are the same as fixed assets. They are used by a company to produce goods and services and have a useful life of more than a year.

Which is the best model of computing for noncurrent assets?

The decision on which method should be used to compute noncurrent assets (cost model vs. revaluation model) should be at the discretion of the management and should be based on its preference.

What can noncurrent assets tell us about a company?

Noncurrent assets are important to a company because they describe the foundation and long-term stability of a business. They are also used to generate revenue and are a source of financing when the company requires to raise capital.