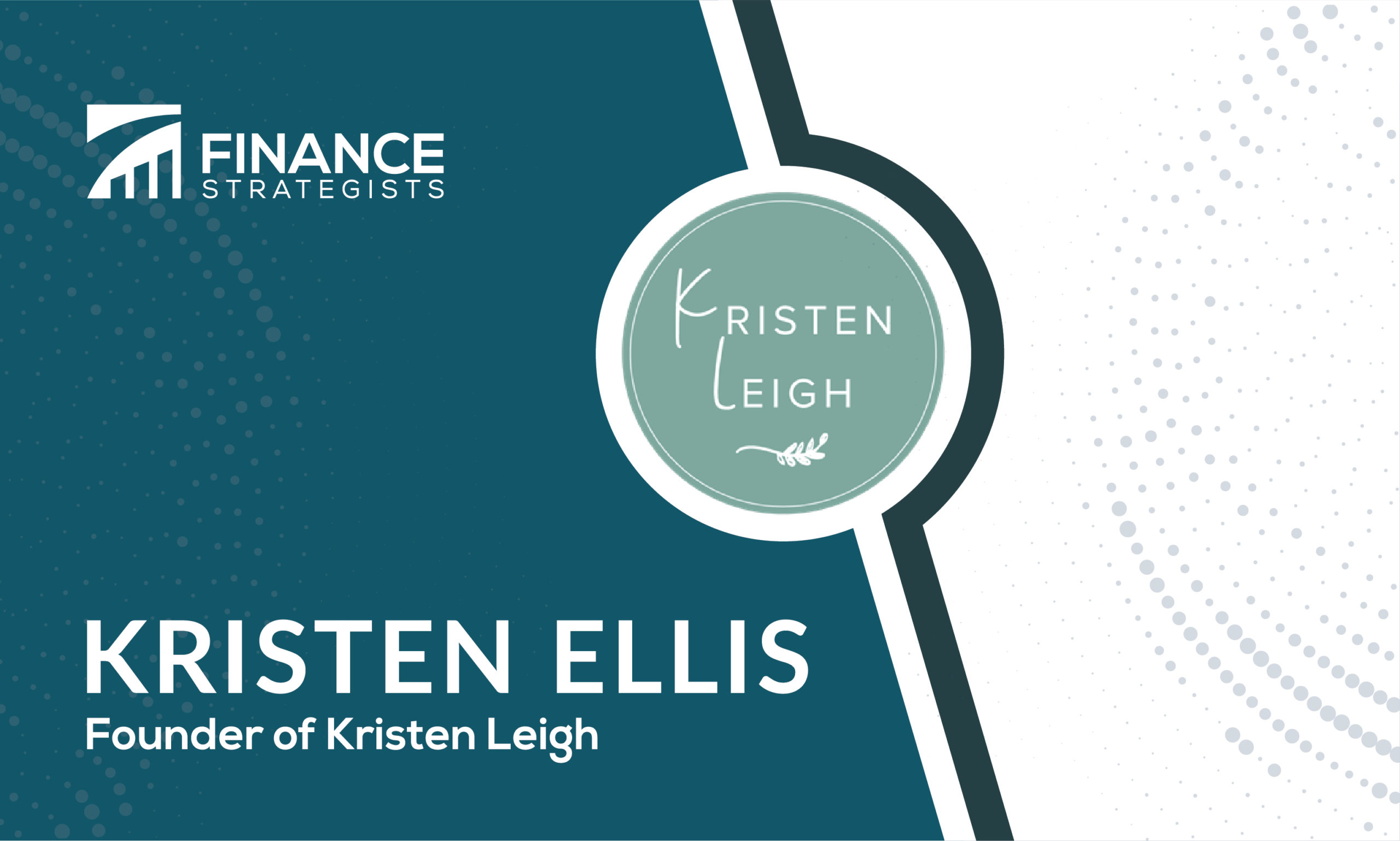 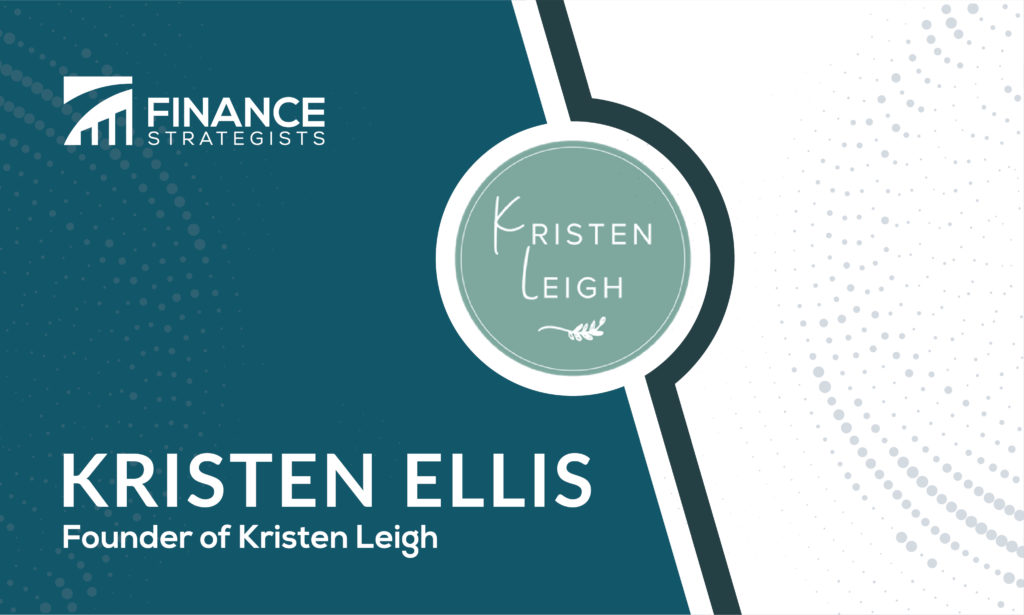 Finance Strategists sat down with Kristen Ellis, founder of Kristen Leigh. She shared her views on the past, present, and future of the company, as well as the insight that led her down the path to success.

Who is Kristen Ellis?

I’m Kristen, founder of Kristen Leigh. After living in Maine for 21 years, I moved to Massachusetts and spent 5 years working in the corporate world. The thing is, I never really felt like the corporate lifestyle was right for me. Even the most flexible company I worked for still didn’t feel right to me. It felt suffocating to go into an office and live in one place for so long.

Since leaving the corporate world behind, I’ve been able to launch Kristen Leigh and travel full time. Currently, I travel the United States full time in an RV with my husband / business partner while running our business full time. I am living the flexible lifestyle I wanted all because of Kristen Leigh.

This might sound odd, but the woman who laid me off from my second to last corporate job ever has been one of the biggest influences in my life. What was, at the time, the worst thing I could have ever experienced turned out to be one of the best things to ever happen to me because it allowed me to start Kristen Leigh.

I used to believe that there was this secret recipe to running a successful business; like a recipe that all successful business owners knew about and followed in order to reach certain milestones in their business. I believed that if that recipe wasn’t followed, success would never be reached.

It’s okay to carve out your path and do things a little differently. As long as you’re being yourself and doing things that feel in alignment for you, success will come.

Q: What is Kristen Leigh?

Kristen Leigh is an educational platform for women to learn the skills they need to build websites and begin their journey as a web designer. We host free live online workshops a few times per year, offer a free resource library full of my best tips and strategies, publish new content weekly on the blog, and are constantly enrolling and nurturing new students inside our online course Web Design Business Bootcamp.

Most recently we expanded Kristen Leigh to also help people who have been laid off from their jobs discover the skills they already have and translate them into the online business of their dreams.

While Kristen Leigh has morphed into an entirely different company than it was when I originally launched my business, where we’re at right now is in total alignment with my perception of life.

I believe there is way more to life than dedicating 40 hours a week to building up someone else’s dream when it could be taken away from us in the blink of an eye. I pivoted Kristen Leigh into what it is today in order to help other women transition out of the corporate world or bounce back from a layoff and into being a confident business owner that’s seen as an equal by their clients as opposed to an employee.

At Kristen Leigh we don’t believe in 40 hour work weeks; we don’t believe that anyone should be required to work 40 hours a week in order to make a living wage. We value getting work done more than the number of hours we put in.

Because of that, at Kristen Leigh, everything we teach relates back to profitability and flexibility. We teach strategies that allow business owners to take on less clients at higher rates so they can remain profitable all while working less.

Q: What led you to start Kristen Leigh?

While I was laid off, I was introduced to this idea of working online and basically having complete control over my income level, who I worked with and my overall success. That’s when Kristen Leigh was born.

Building a business takes a lot of strength and determination, especially when you launch it as a side hustle while balancing a full time job. When I first launched Kristen Leigh I was unsure if I would be a failed business statistic before I was even able to quit the full time job I had at the time.

Even though I launched this business, I was aware that I’m an introvert through and through, so there was this doubt that I would actually be able to make it work.

Building Kristen Leigh into what it is today taught me confidence; confidence in myself, in my ability to launch a business and stick with it even through the tough times, and confidence to truly live life how I want to live it.

I’ve learned as a business owner to have a vision but to not write it in stone. There are too many factors – external and internal – that cause even the best laid out plans to change.

Right now, my vision for the next couple years is to expand our course portfolio and help our students in an even bigger way. How that looks exactly is still up in the air. It could be a podcast, in person events, or something I haven’t even thought of yet!