First In, First Out (FIFO): Definition

In terms of flow of cost, the principle that FIFO follows is clearly reflected in its name. Specifically, FIFO assumes that the first cost received in stores is the first cost that goes out from the stores.

In other words, under FIFO, the cost of materials is charged to production in the order of purchases. Earlier costs recorded in materials ledger cards are used for costing requisitions, and the balance consists of units received later.

The FIFO method of costing is based on the assumption that the various lots of materials that are purchased are used in the same order in which they are received. That is to say, the materials are issued from the oldest supply in stock in this method of costing.

The materials used in a job or process are charged at the price of their original purchase. This is why FIFO is often referred to as the original price method.

Advantages of FIFO Method of Costing

The following are the main advantages of the FIFO method of costing:

Disadvantages of FIFO Method of Costing

The following are the disadvantages and drawbacks of the FIFO method of costing:

Required: Shows the value of the stock on hand using the FIFO method. 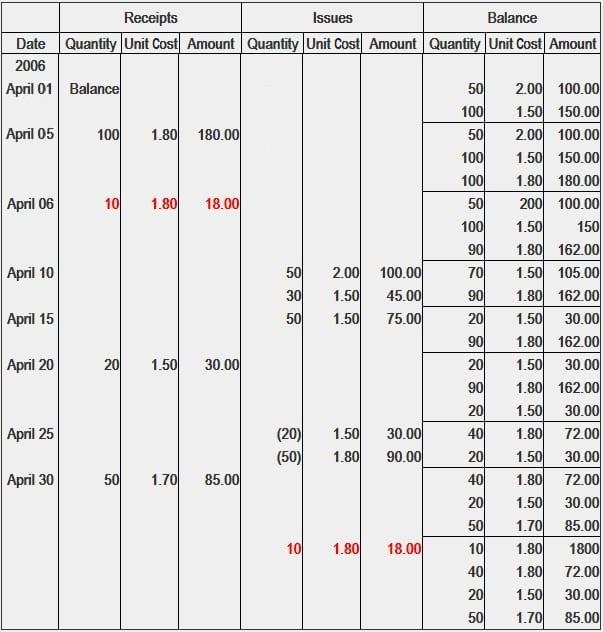