Find a Financial Advisor in Oregon City, OR

We did the hard work of finding trustworthy partners in Oregon City, OR.

We Only Work With The Best Oregon City Financial Advisors

Our Process for Choosing
An Independent Financial Advisor in Oregon City, OR

The Value of Working With the Best Financial Planners in Oregon City, OR

Find a Fee-Only Financial Planner Near Oregon City, OR

We evaluated over 13,000 RIA firms to bring you the best of the best Oregon City financial advisors.

How Retirement-Friendly is Oregon City, OR? 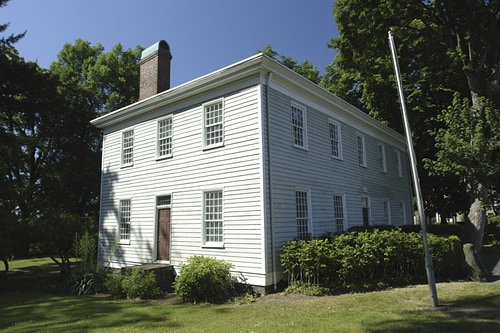 The Top Financial Advisor Firms in Oregon City, OR

Oregon City is the county seat of Clackamas County, Oregon, United States, and is situated on the Willamette River on the city's southern outskirts. Clackamas Community College is a medium-sized education institution based in Oregon City, OR, with 865 employees and an annual revenue of $8.0 million. It is the top employer in the area. Oregon City has a significant record of "firsts," including being the first incorporated city west of the Rocky Mountains (1844), the first capital of Oregon (before it was even a state), and the first long-distance electric line in the country (Willamette Falls to Portland, 1889). We have financial advisors serving in Oregon City, OR, the county seat of Clackamas County and is located on the Willamette River near the southern limits of the Portland metropolitan area. Divided into upper and lower areas, the city in the lower area is on a bench next to the Willamette River and the upper area is atop a bluff composed of Canemah basalt. The boundary between Oregon City and West Linn is the Willamette and the boundary between Oregon City and Gladstone is the Clackamas. Run through the list below for financial advisors working close by.
The important thing about choosing a financial advisor is that they should be doing things for you that you cannot do yourself in a cost-effective manner.
The cost varies depending on, for example, how much money they are managing and the type of advice.
Financial advisors help their clients manage their investments by providing advice and guidance on a variety of securities, including stocks, bonds, mutual funds, variable annuities and real estate.
Let your potential financial advisor describe his/her preferred fee structure. Typical fee structures include fixed fee, hourly fee, percentage of assets under management, commissions, or a mix of any of them.

West Linn, OR
Lake Oswego, OR
Multnomah County, OR
Tualatin, OR
Aurora, OR