What is Gross Annual Income?

Gross annual income is the sum total of all income earned in a given year for an individual or a company.

It is different from net income, which refers to the income earned by an individual or business after various deductions have been applied to it.

For individuals, income refers to earnings from a wide variety of sources.

It can include earnings from salary or self-employment, investment interest and dividend payouts, additional income from freelancing or one-time gigs, alimony, royalties etc.

Income from tax-free investments, such as municipal bonds and social security benefits and life-insurance payouts are not included in calculations for individuals.

Gross annual income calculations also do not include government deductions or tax withholdings.

Gross annual income is used to calculate taxes for individuals.

For companies, gross annual income is also referred to as gross income or gross profit on income statements.

It is calculated as the overall profit from sale of goods minus production costs for those goods.

This income does not include depreciation costs or other costs, such as marketing and employee salaries, incurred while making or selling the product.

Gross income is used to calculate gross margins on its products. It can be found in the company’s income statement.

Another variant of gross income is the Gross National Income (GNI), which is the sum of all the money earned by a nation’s citizens, companies, and businesses.

It is equal to a sum of the gross domestic product and foreign investments made by multinational companies operating in the country.

The process to calculate gross annual income for an individual is fairly simple and consists of adding up all available sources of income.
Consider the case of Joe.

In addition to this, he earns $25,000 per year working as a teacher in a GMAT coaching firm.

This figure will be used as a base to calculate his taxes.

For example, he will have to pay a capital gains tax on his profits from the stock market.

He can also claim deductions for use of his home office for some of his freelance work.

The formula to calculate gross income or gross profit for a business is as follows: 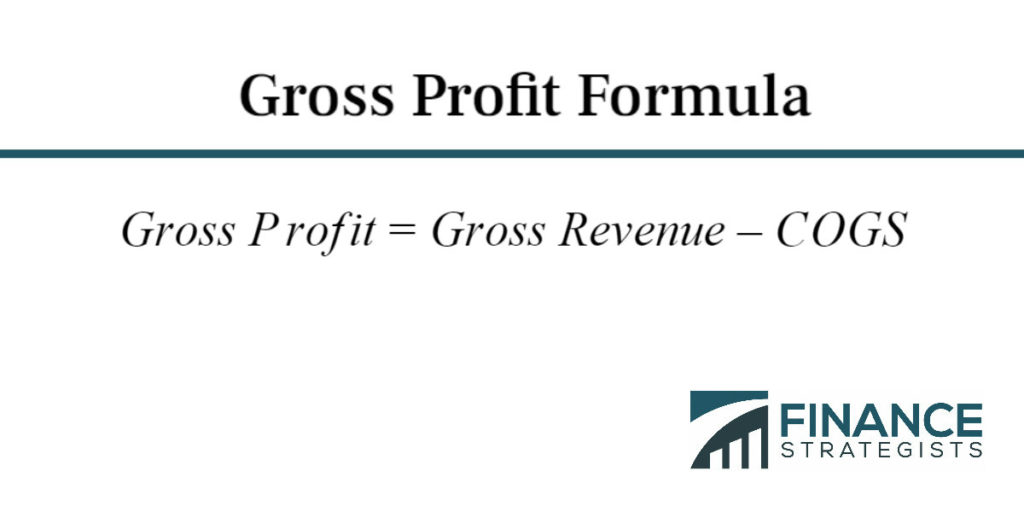 Where the cost of goods sold refers to production costs for the company’s products.

It spends $10,000 in procuring raw materials and another $5,000 in storing them and the finished product.

ABC pays out $5,000 in salaries and $5,000 in overhead expenses, such as electric bills and maintenance charges, for its facility.

Therefore, COGS for ABC is a sum of all expenses incurred for production and is equal to $25,000.

Gross profit for ABC is the difference between its gross revenue and production costs in the form of COGS.

Gross annual income is the starting point for calculation of net income.

In the example above, Joe’s gross income minus his tax liabilities will yield the net income.

Both types of income are displayed on a company’s income statement.

Net income is generally the last line in a company’s income statement.

What is Gross Annual Income Used For?

Gross annual income for individuals is useful in tax calculations.

After the gross income is calculated, relevant deductions are applied to arrive at the figure for Adjusted Gross Income (AGI).

In the example above, Joe will have to pay self-employment taxes that are applicable to his work as an independent contractor for the coaching business.

These are included in his overall AGI.

In corporate organizations, gross profit figures are useful in calculating their gross margins or the money spent by the company on various expenses to bring the product to market.

It is a marker of the efficiency of the company’s processes.

The gross margin number for a company is calculated by dividing gross profit by gross revenue.

Why is Gross Profit for Companies Important?

Gross profit is used to evaluate a company’s efficiency in converting raw materials into finished products.

The higher the gross profit, the more efficient a company’s processes, and the better its chances of beating competition with its products.

For example, if ABC competitor XYZ had the same revenue and production costs of $20,000, then it would have higher gross income and better gross margins.

By itself, however, gross profit does not tell the whole story. The decision to include certain expenses in COGS, which is a key component for gross profit calculation, is at the discretion of its management.

Accounting rules provide considerable leeway for management to include or exclude certain expenses from COGS.

For example, a company can choose to include car rentals as part of its Selling, General & Administrative (SG&A) expenses in COGS while another may exclude it.

The net effect will be that the first company will have a lower gross profit as compared to the second one.

The final figure for gross profit also depends on several factors, from the industry of operation to government regulations and corporate strategy.

For example, reports state that gross profit margin figures for the construction industry average between 1.5% to 2% while companies operating in the tech industry can have margins as high as 40% for their products.

Government regulations can also have a material effect on gross profit.

For example, import duties on certain products can make raw materials costly for the manufacturing sector and inflate overall COGS.

If a company chooses to charge a premium for its products (and limit its customer base), then its gross profit will be higher as compared to another which has mass-market appeal.

But the latter may have a more efficient manufacturing process.

Gross annual income is the sum total of all income earned in a given year for an individual or a company.
For companies, gross annual income is also referred to as gross income or gross profit on income statements.
Gross annual income = gross revenue - COGS (cost of good sold).
Gross income is used by accountants and investors to evaluate a company’s efficiency in converting raw materials into finished products.
W2RhdGEtdG9vbHNldC1ibG9ja3Mtc29jaWFsLXNoYXJlPSI0OGFjMWU3MjNkYjVmMTcyYzVmOThlZTgxZDRhODQ5MyJdIHsgdGV4dC1hbGlnbjogbGVmdDsgfSBbZGF0YS10b29sc2V0LWJsb2Nrcy1zb2NpYWwtc2hhcmU9IjQ4YWMxZTcyM2RiNWYxNzJjNWY5OGVlODFkNGE4NDkzIl0gLlNvY2lhbE1lZGlhU2hhcmVCdXR0b24geyB3aWR0aDogMzJweDtoZWlnaHQ6IDMycHg7IH0g